Research was done in organizations in USA on one group of leaders who had high academic degrees, sometime even double degrees. In this study most employees said that their leader does not engage with them or emphasize with them and they don’t like to go into his office and see him.

The other group were leaders who scored high on relationships and their employees said they like to come into their leader’s office, they feel the leader not only understands them but allows them to have emotions and even shows his own emotions. Strangely looking at those leaders, they had none or only little academic degrees. They seem to not have necessarily a high IQ – then what do they have?

Upon this and some more studies the term EQ was generated. The first article with the term Emotional Quotient came out by Keith Beasley in 1987 in the British Mensa magazine. In 1989 Stanley Greenspan began to describe Emotional Intelligence, followed by two psychology professors Peter Salovey and John Mayer published in the following year. In 1990 psychologist Daniel Goleman did a tremendous contribution to the sector and case out with his first book 1995 on the importance of Emotional Intelligence for corporate leaders.

Daniel Goleman introduced the four quadrants of Emotional Intelligence: SelfAwareness and Self-Management, Social-Awareness and Social-Management which helped to distinguish and identify the emotions that disturb relationships and team production and what are the emotions that further same. Analysis and psychometric measures were established by Reuven Bar, MEIS, SASQ, EIC and Six-Seconds.

In 1998 a coaching and training company in Seattle, USA, began to club NeuroLinguistic Programming with Emotional Intelligence. The leader, Dr. Doris, had studied and certified herself in Neuro-linguistic Programming since 1987 in all degrees up to Master Trainer of NLP training trainers. She experimented several years with learning to de-program and then re-program oneself within the emotional realm. She was also trained in mediation, encounter, primal therapy and emotional release in form of numerous and expensive crying and laughing therapy groups. In 1998 she offered the first Dr. Doris & Conscious Solutions Emotional Intelligence training integrating a) healing childhood wounds b) emotion- yoga, the extended ability to feel emotions c) meditation, dis-identifying from emotions d) programming for greater compassion, joy, laughter and happiness certified by Conscious Solutions International.

This EI Crash Course series includes body work, physical emotional release and the finesse of transforming limiting emotional states into desired emotions and the ability to bring those in action in personal and professional life.

The courses include the DrDoris EQ skill score test before and after the training, which is a simple, ready-made score yourself test without psychometrics working with measurable skills. It also includes practices and assignments.

The practical, hands-on tools of this program lead the student into a pragmatic journey to proof their higher EQ score test in their daily applications right away. If attending all sections and following all practices emotional intelligence mastery is guaranteed and completes with an Emotional Intelligence Facilitator program being trained to pass on these skills in workshops to different corporate groups and in the private sector. 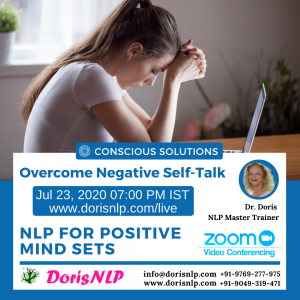 Today in the NLP training we talked about Overcoming Negative Self-Talk. I asked: Are you aware of your... 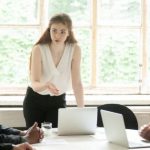 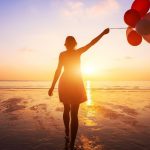 Identify the Positive Intentions and Gains. 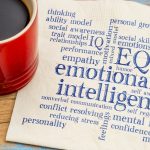 A Corporate Trainer’s Challenge: Why Executives Fail to Execute Plans